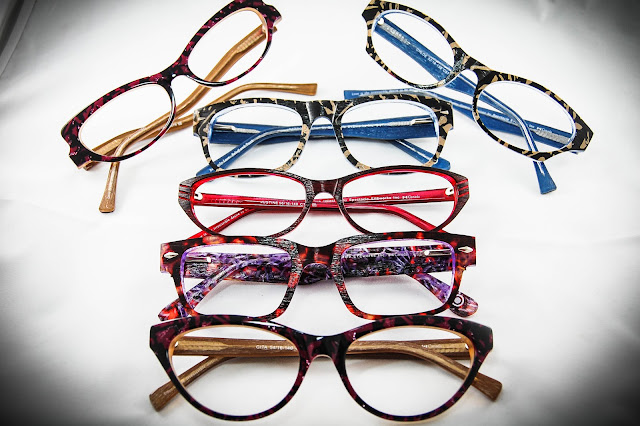 We got these in on Friday & they are so unique & fun, they’re moving fast… cat-eye & square shapes w/zippy patterns, some in a “rough, wood-grain” texture.  Very cool stuff!

Customers Around the Shop: Virginia C.

Virginia picked up her fancy french cat-eyes recently; we were impressed at how the frame colors jazz up her big blue eyes! 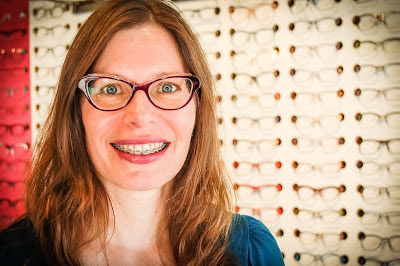 Very pretty and a lovely fit 🙂

One of our favorite people in the whole wide world resides in Holland and goes by the name of ROGER.  He just so happens to be a wildly innovative frame designer whose collection, Roger Eye Design, is one of our premier collections at Eyes on Fremont…

And on that note, HIS NEWEST SPRING MODELS HAVE ARRIVED!  Come in and check out what the “mad scientist” of frame design has produced this time around… Prepare to impress & DARE TO RE-INVENT YOURSELF! 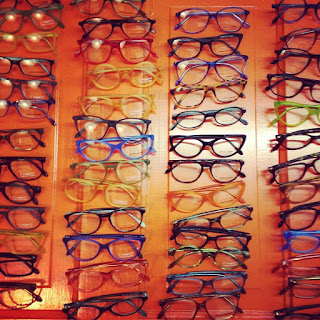 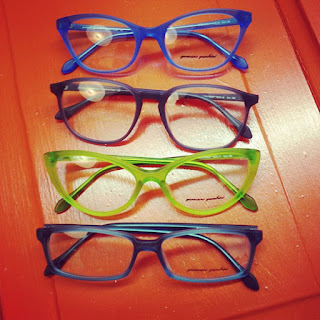 Okay here’s the deal…we’re back from the Spring show in NYC.  The initial report is COLOR, and we found a lot of it.  Some really great jewel tones, as well as some more creative, muted, color combos.  We’ll be receiving some of the frames within a couple weeks, so we’ll keep you posted 🙂

Customers Around the Shop: Amy P. 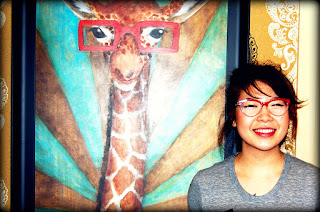 Some of you may have already seen Amy wearing her newest pair.  These are the real deal, this is what we love.