So we’re going to start something new! Every so often we are going to post a little something about the designers of the frames that we have here at Eyes on Fremont. We meet quite a number of interesting personalities while we are searching for the latest and greatest glasses trends. We have the privilege of calling some of these people our friends! So here’s our first Meet the Designer… 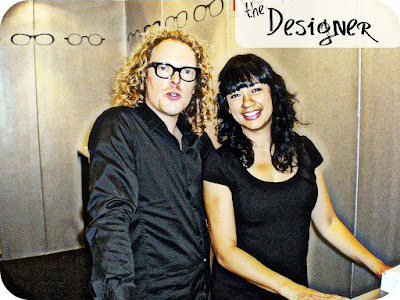 This dapper, young fellow from Holland is Roger. As you can see in the picture he is quite a character. He’s been an optician for a number of years so he really understands the way glasses need to work on someones face while he’s designing. But that’s not the fun part. He moonlights as the front man in the dance cover band Lily White Biscuits. Yup one part frame designer plus one part rock star plus that crazy curly hair equals one incredible optical persona! BTW the cutie next to him in the pic is his wife Silvia. Below are some of the glasses that Roger designs… 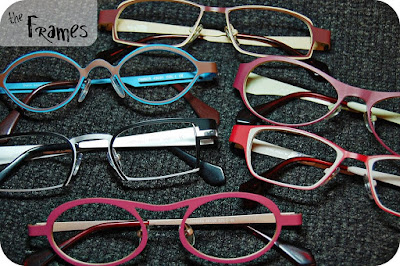 Customers Around the Shop: Brett 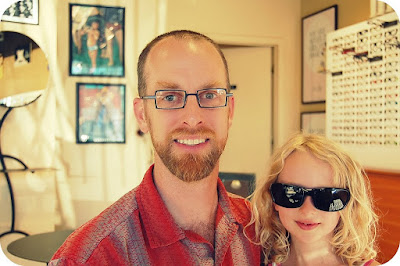 We love Brett’s new frames! A super modern, amazing shape, with lots of personality. I think his style consultant approves!

Customers Around the Shop: Tommy & Ray 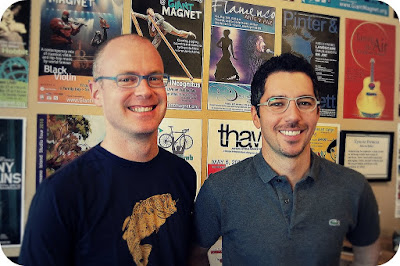 Tommy & Ray are longtime Eyes on Fremont customers and we love working with them both. They are always game to try on our newest styles and they have fantastic taste. We love the pale blue with Tommy’s eyes and Ray looks amazing in his new gray frames from The Netherlands. Not everyone can pull off their style, and they do it enviably well. Both picked up two new pairs and we love them all, we’re just sad that we won’t be seeing them until their next prescription update!

Employees Around the Shop: Bill 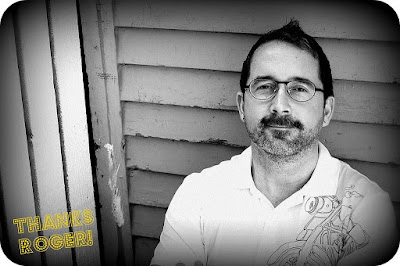 We love the 70’s influence in this new style from the Netherlands. Its a gorgeous modern update to a classic aviator style.

Customers Around the Shop: Catherine 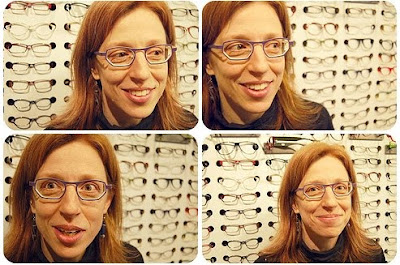 Catherine came up to Seattle from Olympia to get her glasses at Eyes on Fremont and we’re so glad she did! There were two finalists and both frames suited her well, but the purple won out in the end as the shape was amazing. These glasses were definitely made for Catherine.

(A special thanks to Roger for designing such cool frames!)

New metals from The Netherlands Part 3: “The Stan” 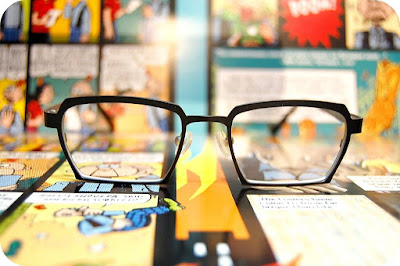 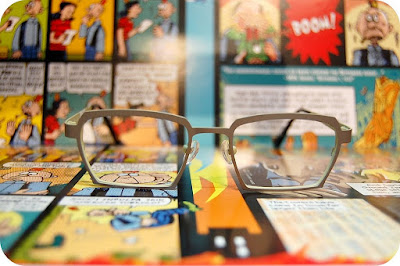 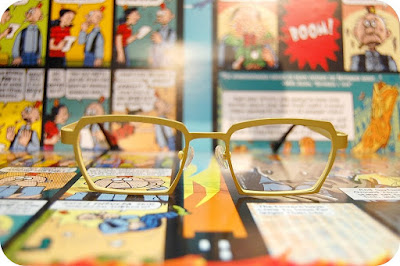