Customers Around the Shop: Susie M. 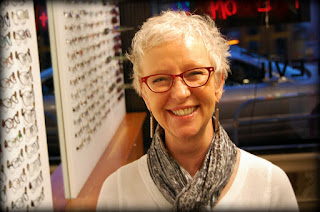 Sorry, we haven’t posted in a while, December’s a busy month for us.  So here’s a pic of Susie…LOVE ‘EM!!!! 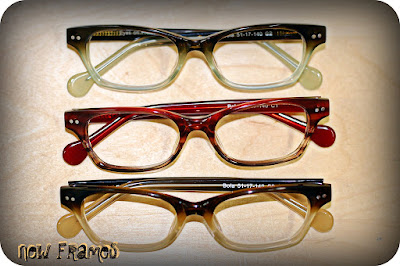 This is a cool new shape that we just got a small, limited, quantity of. This shape is kind of a “no brainer,” it’s such a nice feminine twist on the old horn rim. The fade colors are pretty hot too.

Customers Around the Shop: Wences Ramirez 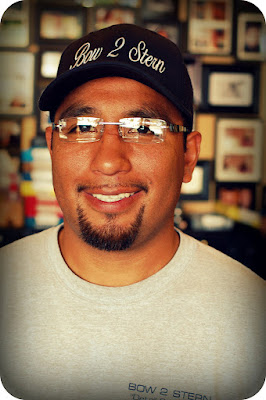 This is our new friend Wences. He owns an expert boat detailing service here in Seattle, called Bow 2 Stern. It’s down on Lake Union, and if EOF had a boat, we’d take it to Wences 🙂 His new carbon fiber, rimless frames are pretty stinking cool.

What you might notice is that you can really see his lenses in this picture. That is because there is no Anti-Reflective coating on his lenses. We did this on purpose. Wences is around a lot of chemicals for work, and that can lead to peeling and cracking of coatings on the lens. Anti-Reflective coatings work very well for most people, but in some cases it’s better to go without.

Customers Around the Shop: Kate 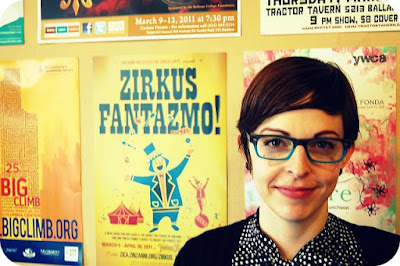 This is Kate. The turquoise hi-lite on her new frame looks so good! Classic shape…not so classic color…looks mighty fine. Kate works at Velouria down in Ballard, and we really like the Velouria Blog too! A number of us Eyes on Fremont people have picked up some pretty nifty indy designed goods at Velouria…we like what they’ve got going on there. 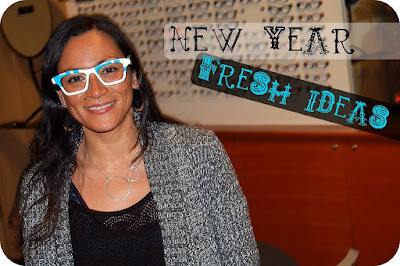 It’s a New Year, and this our first post, so we thought you would be interested in this new idea. Mayann is wearing a “One Day Frame,” it is actually made out of cardboard. You can wear the frames for more than just one day, it’s more just as long as they last. What happens is that you get one set of lenses, and one set of five frames (pictured below,) and you where them until they run out. Just something kind of new and cool we thought you guys might like. 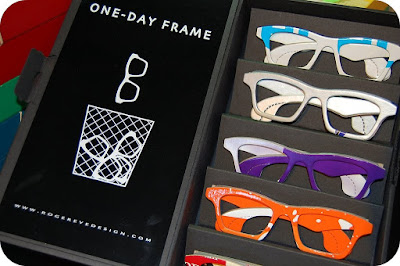 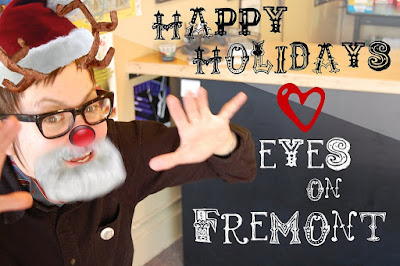