Frame of the week: Eyes on Fremont Collection’s “The Burke G.” in Blackish

As many of you may already know, we have our own in-house collection that is available at a very reasonable package price of $175 for frame & standard lenses.
Every few months we release a couple of new models to keep the selection up to par. We would like to introduce you to one of the newer models…
THE BURKE G. in BLACKISH
This style is named after the Burke-Gilman Trail in King County, one of the most travelled commuter trails in the country. Previously a rail-trail that was converted to a pedestrian-friendly urban trail system in the 1970’s, it spans over 17 miles. 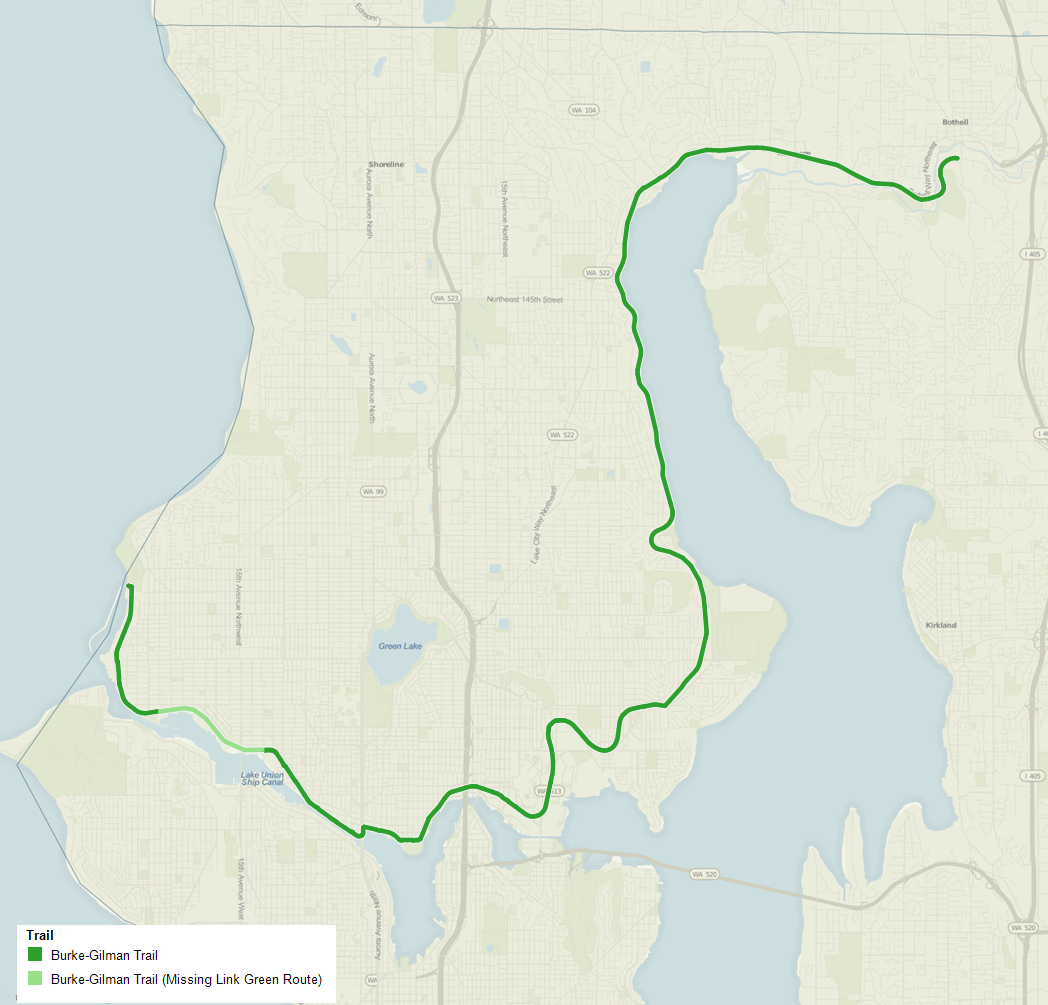 An interactive view of Burke-Gilman Trail here: Burke-Gilman Google map
The mostly paved Burke-Gilman starts at Golden Gardens Park on Puget Sound and winds through many landmarks of the city, including University of Washington, Gasworks Park, and Lake Union. The trail goes eastbound through a number of neighborhoods & parks to Bothell Park. For those who want to continue on, it connects to Sammamish River trail; another 11 miles on this connect will land you at Marymoor Park in Redmond.
The Burke-Gilman Trail has inspired other cities to plan and build similar commuter trails, as it is very popular for both transportation-based and recreational use.